Seventy-five little faces greeted me on the first day of classes. They should have been eager and hopeful as a new school year began, but instead they sat there looking to me for answers to the tragedy that had just taken place. It was September 2001. They did not know that I, too, had the same sadness and sense of need for hope. It was clear to all of us that there were many directly affected by the disaster, many who were surely grieving after having suffered the tragic loss of a loved one.

I decided that our first art project would address the needs of those families. Together, all of us would work towards creating images of peace, hope and love in an offering from across the country here in Washington State. I stood before each class and announced, “We have a new project. We will be offering support to the children affected by 9/11.” I immediately saw a spark of hope as the students found a purpose. “I want you to be their friend,” I said. “I want you to think of what would give these children hope. What would make them feel love… encouragement… peace?” 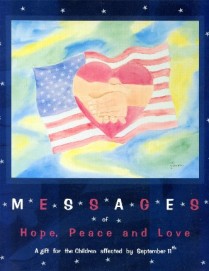 Over a three-week period each young student found his or her own inspiration and translated it into a watercolor painting. The collection of paintings they produced was so extraordinary that my colleague, Milan Heger, suggested we create and print a book of their art to give as a gift to the thousands who were affected. I was thrilled with his idea! I contacted Mary Fetchet, founder of the support group Voices of September 11th, to ask for assistance in handing these out to the families. She eagerly agreed and in April of 2002, we went to NYC to deliver our 2,000 books personally. On that trip, it became clear to me that our work of creating gifts of art should be a continuing effort for many years. Thus began our annual contribution of artful gifts to support the 9/11 families.

Each year’s project has been unique: from the launch of the Building Bridges Award, to an artful collection of friendship boxes, to a beautiful array of assorted art pieces. Last year for the Tenth Anniversary, we decided to do something especially personal: creating Tribute Flags from linoleum blocks to honor individuals who were lost on that day. These were designed and carved by volunteers of all ages and all levels of experience, which perfectly mirrored the variety of lives they represented. Then in September 2011, Dianne traveled to New York City to deliver over one hundred sixty Tribute Flags to the Voices Forum… flags that honored husbands, mothers, aunts, uncles, grandparents, cousins and friends. It was a powerful and moving experience both for those who gave and for those who received.

We are honored to have gained so many new friends from the Voices of September 11th community as we have created art gifts year after year. They have generously shared stories of their loved ones with us and allowed us the opportunity to walk with them as they seek to rebuild their lives. Working with these families has had a profound impact on our own community and we would love to have you join us as we travel on this hopeful journey together. We will continue the Tribute Flag project over the next several years until we have a flag to represent each of the lives lost on September 11, 2001.

I finally came to realize that I had found the answer to that first terrible day. Hope is in the legacy of those lost. Each person – each life- had a story, and we will remember them and continue the good work that each of them did when they were with us.
 
–Dianne Brudnicki 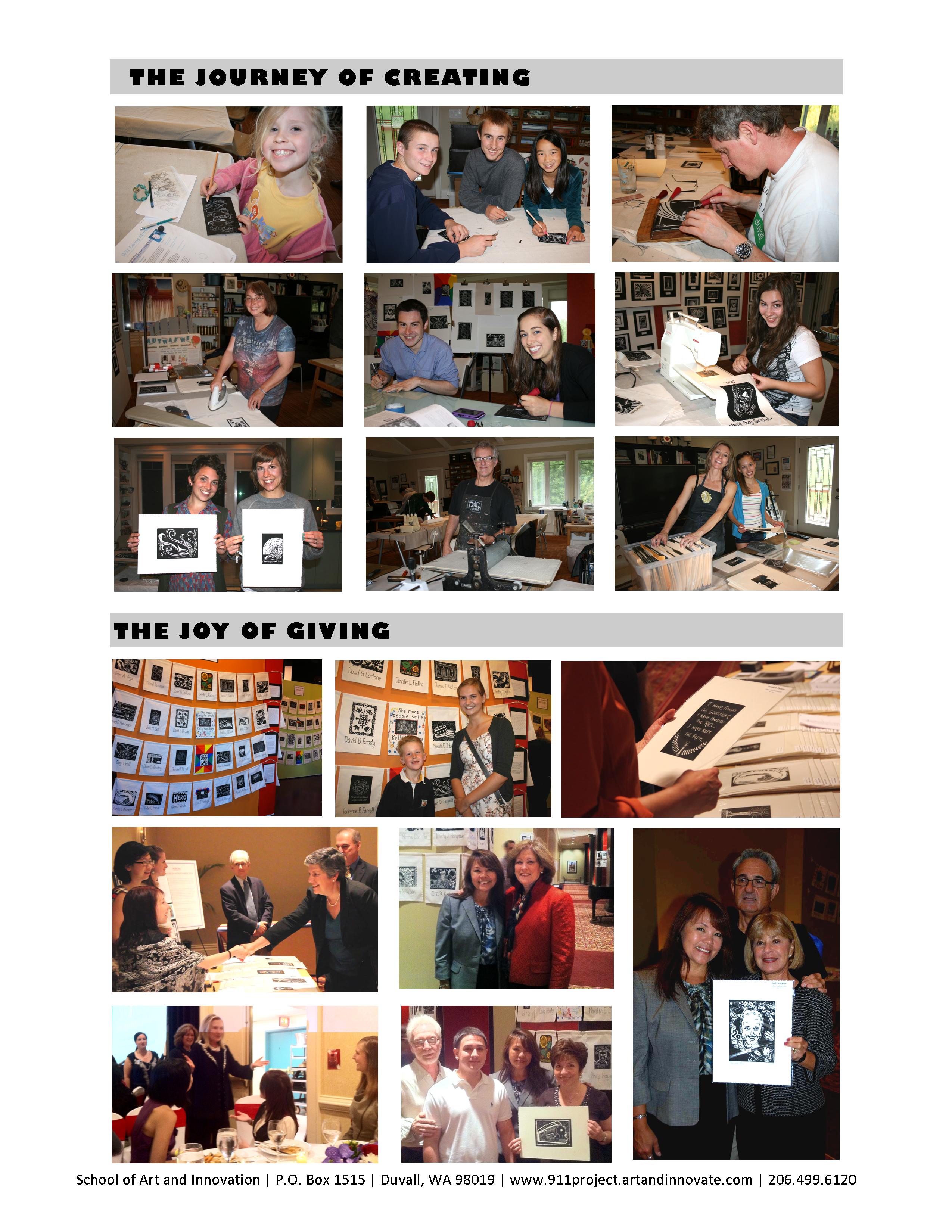 Here’s a short documentary about this heartwarming project